I believe theatre is about much more than what happens on stage. The confidence, work ethic, passion, and empathy that students learn in theatre goes beyond the footlights to help them reach their full potential, both professionally and personally. I approach each class with spontaneity, exploration, and creative thinking to inspire students to overcome their fears and challenge them to take risks that lead to work they didn’t know they were capable of. 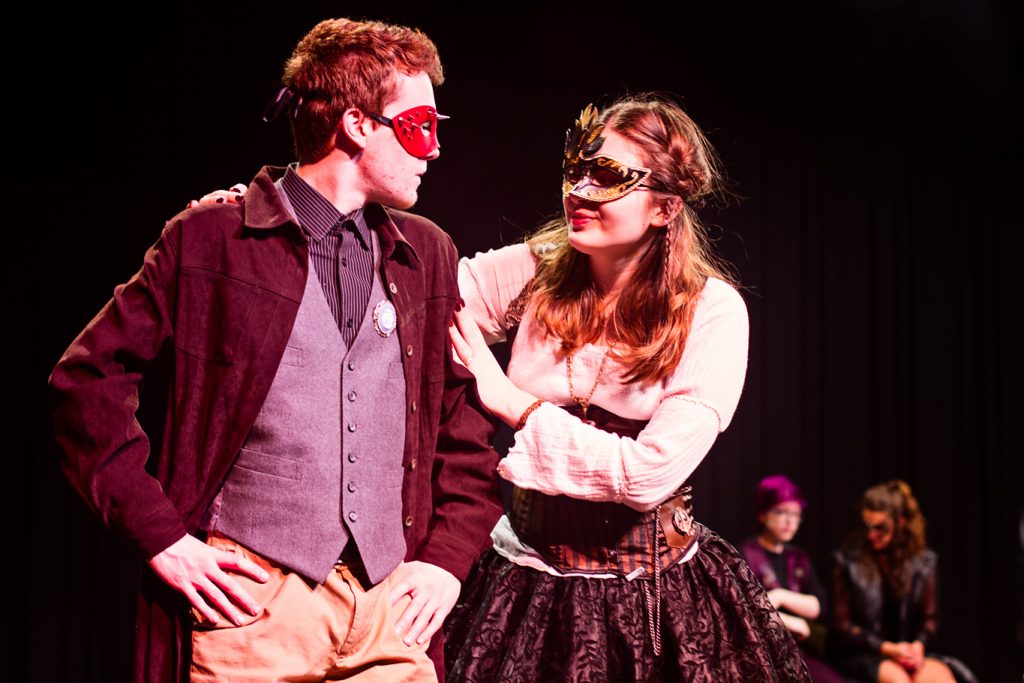 I have taught a wide variety of acting workshops at high school theatres and at Georgia Thespian Conference, including workshops that focus on character, motivation, movement, improv games, improv scene work, and long form improv. Below are a few of my more popular workshops. 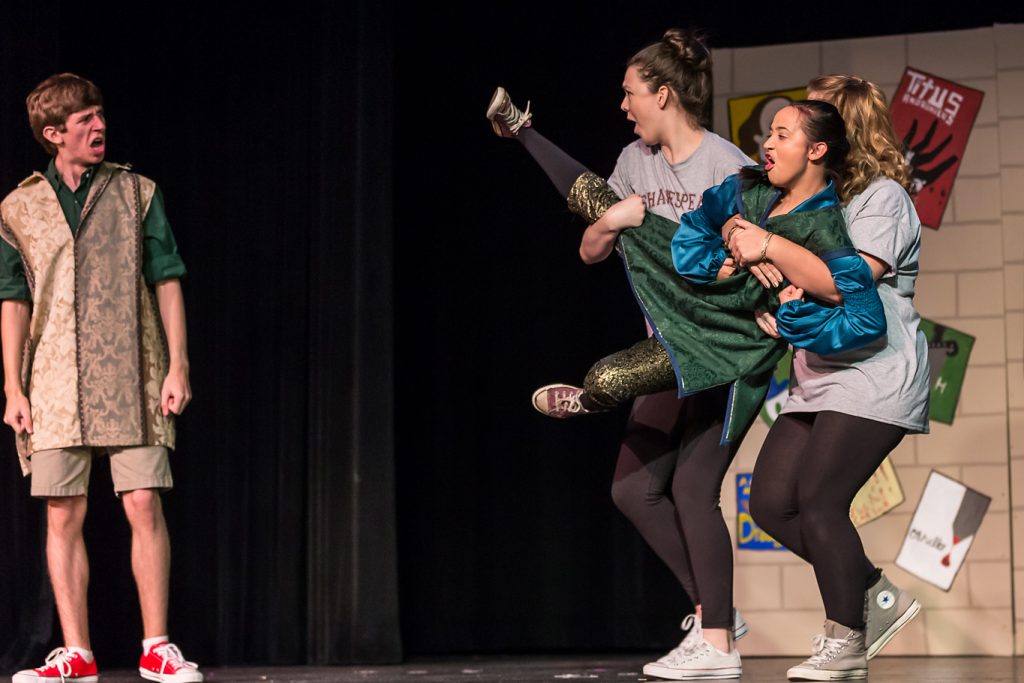 “Mr. Work has a directing style that is perfect for the developing actor. He is adept at engaging with the actors to show them perspectives and ideas they hadn’t thought of or considered. He then allows them to apply these discoveries in their own way, allowing the skill of the actor to both develop and shine through the performance. This makes Mr. Work a strong director and teacher of theatre, and allows his students to learn while doing.” – Andrew (Parkview High School): Advanced Acting; Much Ado About Nothing

“Mr. Work came into my educational career initially just as a substitute teacher, but through the months that we were able to work together, he became a major shaping force for who I am today not just educationally, but personally and professionally as well. His patience, creativity, and passion for the craft allow him to excel in a wide variety of classroom settings. Mr. Work’s natural enthusiasm encourages us to try harder and cultivate a deeper love of learning and creating. Any school would be lucky to have him as a director or educator!” – Julia (Collins Hill High School): Directing, Musical Theatre; The Complete Works of William Shakespeare (abridged)

“Mr. Work genuinely cares about each and every student he takes under his wing! He listens to problems and adjusts his teaching to match individual needs. As a theatre teacher, he can take even the most known play and add his own unique and visionary spin to it. His directing is one of my fondest memories from high school!” – Rachel (Parkview High School): Advanced Acting; Much Ado About Nothing

“Mr. Work has the most loving and genuine personality of any teacher I have ever known. He goes above and beyond his call of duty to his students in order to ensure their success in every endeavor, not to mention his insanely unique perspective and ideas on everything. Mr. Work approaches theatre with a passion and energy that many directors fail to embody and has therefore impacted my life immeasurably.” – Kylie (Collins Hill High School): Directing, Musical Theatre, Acting II; Much Ado About Nothing

“Mr. Work is by far one of the best teachers I’ve encountered. Give him any play, any difficult or seemingly boring piece, and he can find a way to teach it in a fun lesson, and get every kid in the class involved too (even the ones who hide in the corner!). He always gives insightful and helpful tips on how to become a better actor or actress, and takes time to work with anyone who wants feedback one on one. There is nothing negative that can be said about him, he’s absolutely one in a million.” – Amelia (Parkview High School): Advanced Acting

“It is so refreshing to have a teacher that had as much care for tech as acting. Mr. Brian Work brought with him every morning a fantastic attitude and his daily question for his students. It was under the care of Mr. Work that I found a passion as a designer and I continued on the path of being an artist as I went to college. I think that it is very important to have a passion in all forms of theatre if it is your pursuit, and Brian Work embodies that. His ideas and drive for both the actors and the designers played a huge role in the success of the shows he brought to life. He is one of the most dedicated directors I have worked for and it would be a privilege to work for him again in the future.” – Emily (Collins Hill High School): Technical Theatre

“Brian Work was the main Theatre substitute at my high school and words cannot express what an absolute joy it was to have him lead our class. Mr. Work cared more about us than just students. He genuinely wanted to see us grow as actors and artists, which is something a teacher rarely wants, but it proved evident with him. This does not even begin to cover what type of director he is. I recall rehearsing a scene with some of my other scene partners and him stopping us midway to ask us a series of slightly confusing questions which magically looped back around to our scene. Somehow, it made it better than it could have ever been. Mr. Work is a very creative, determined, dependable, and intellectual man who has a power inclination when it comes to Theatre and the Performing Arts.” – Noelle (Parkview High School): Advanced Acting; Much Ado About Nothing

“Brian Work is one remarkable man. His passion and dedication to the arts revived my spirit for the theatre. From day one he treated my class as though he had been our teacher for years. He finds creative ways to engage everyone in the lesson. Even at 8 o’clock in the morning, on our most sleep deprived days, he motivated me and plenty of other students to always give everything a chance. He is not only the best teacher I’ve ever had but he’s my mentor. Brian Work is one remarkable man.” – Candace (Collins Hill High School): Acting II

“Mr. Work gave me the confidence that I needed as an actress. He saw my potential and helped me see it as well. His directing style is fun and rational. He always pushed me to do my best and never stopped giving his all. Thank you, Mr. Work!” – Sophie (Parkview High School): Advanced Acting; Much Ado About Nothing

“In the few months I had Mr. Work as a theatre teacher, he was able to help every student grow in the class. He presented the class in an interactive and purposeful way that made us want to work!” – Ariadna (Collins Hill High School): Acting II; Much Ado About Nothing

“Mr. Work is one of the most unusual and remarkable people I have ever met. He teaches in a way that opens up the entire class to want to learn. There was never a dull moment working with him and the growth I’ve felt as an actor couldn’t have come about without him.” – Molly (Collins Hill High School): Acting I 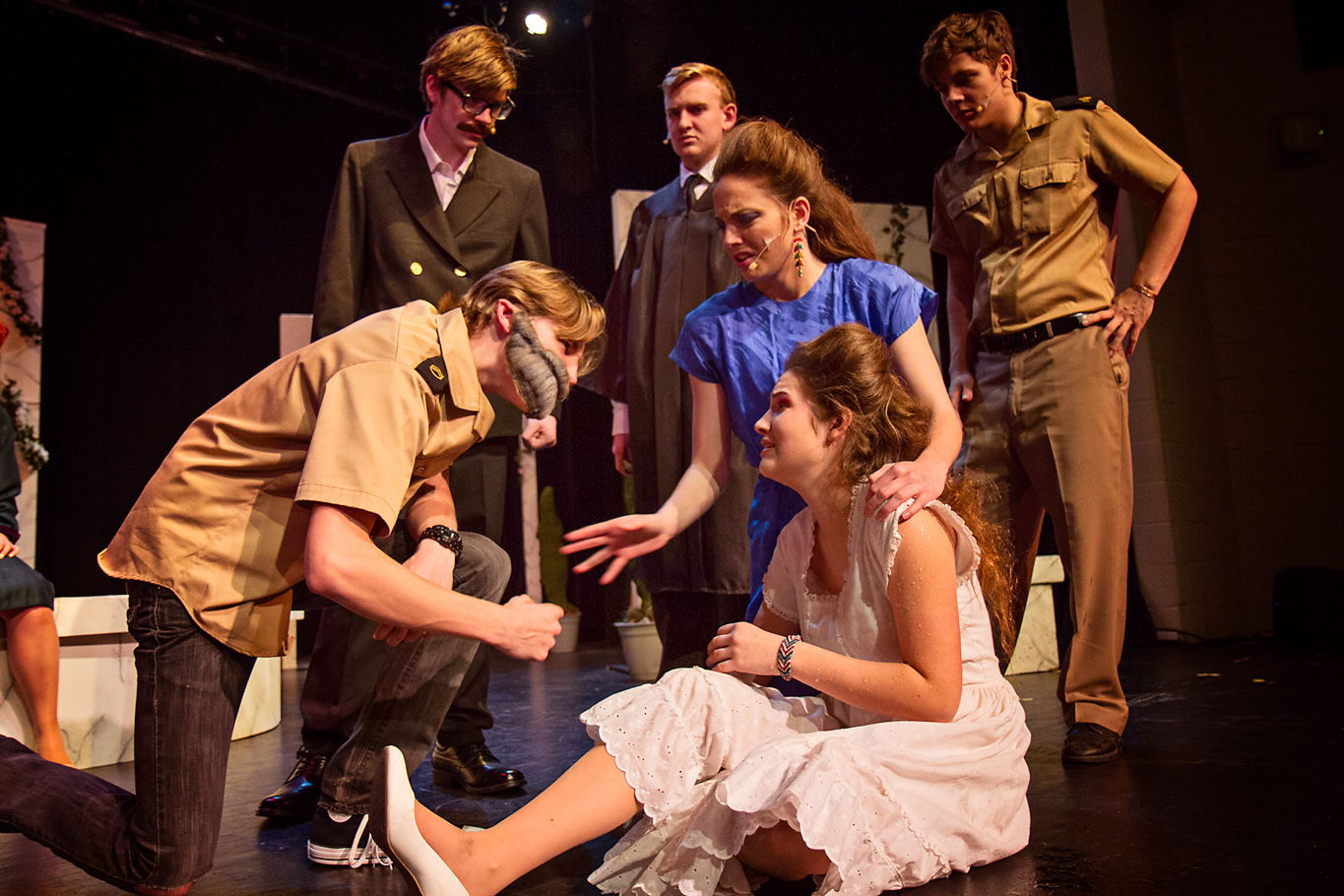