Current Projects:
Brian is currently in revisions on his first YA fantasy novel, Into The Black. He’s also working on two other books, a YA horror found footage novel and an adult urban fantasy novel. He recently finished co-directing Much Ado About Nothing at Collins Hill High School and teaching his “How To Act Like A Pro Wrestler” workshop at Georgia Thespian Conference. 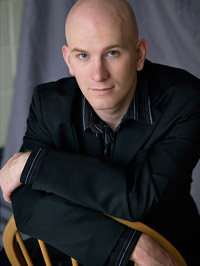 Bio:
Brian does a little bit of everything in the theatre & movie world. In addition to acting & improv, Brian is a writer, director, producer, cinematographer, & video editor with his production company, Cold Silver Films.

An Atlanta native, Brian was bitten by the acting bug while in high school. It wasn’t long before he was also doing improv and writing plays. After high school, he took time away from college to study film and learn about directing, cinematography, & video editing.

Brian’s first professional theatre job was at Snow Camp Outdoor Theatre in North Carolina, where his roles included the Sheriff of Nottingham in Robin Hood. While at Snow Camp, he wrote the book for the season’s musical, Cane Creek Calamities. He next worked at Seaside Repertory Theatre in Florida, where he did childrens theatre and was a member of The Flaws Improv & Comedy Troupe. 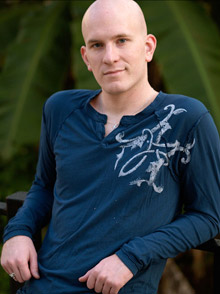 Brian returned to Atlanta, where he has worked with The Atlanta Opera (Aida), Expressions Theatre (Assistant Director & the title character in The Legend of Sir Cleges and His Gifts), and Rosewater Theatre (Justin Waverly in Christmas Belles.) He also performed improv as a member of The OTC Comedy Troupe and began focusing his energies on writing and directing. He produced a number of digital shorts and short films with Cold Silver Films, as well as his first feature film, the romantic comedy Uncommon Law, which he shot during the summer of 2011. Uncommon Law is now available on DVD, Blu-Ray, & digital.

Following that Brian spent three years in Chicago, where his play, Once Upon a Rom Com: The Bill Pullman Story, had a two month run at Gorilla Tango Theatre, received rave reviews, and captured the attention of Mr. Pullman himself! Brian is a graduate of the iO Training Program, where he met the other members of The High Ceilings, who he performed with for a year, including performances at the Del Close Marathon in New York, Jangleheart Circus, and the Chicago Nerd Comedy Festival. While there, he performed improv & sketch comedy regularly around the city with his groups, Michinoku Driver and Trashcan Dan. Michinoku Driver has performed at the Chicago Sketch Comedy Festival, the Chicago Nerd Comedy Festival, and had a month long run of their sketch show, “Off the Record,” at the Public House Theatre.

Brian is now living in Atlanta again where he has been teaching acting workshops and directing plays at a number of high schools in Gwinnett County.