OTC at the Decatur Arts Festival

Yesterday I performed two improv shows with the OTC Comedy Troupe at the Decatur Arts Festival. The festival was packed, so we had really good crowds for both shows. I’d actually say that the second show was the best show we’ve had since I’ve been working with them. There was a man in the audience who’s written a couple books on improv, and he complimented us after the show on how much he enjoyed it, so that was cool. And then when I was walking around the festival later, a kid ran up to me and tugged on my sleeve to tell me I was really funny, and that always makes me smile.

Below are a couple of the photos from the festival. The full set is up on my Flickr. 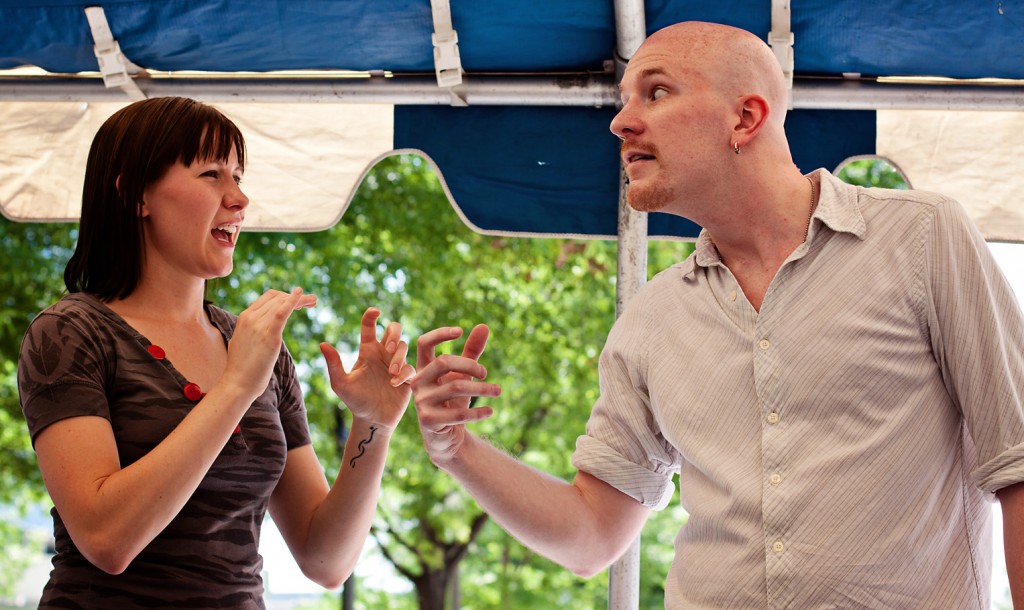