Masterpeeps Theatre: Much Ado About Nothing

Happy Easter, everyone! On today’s edition of Masterpeeps Theatre, our esteemed players present to you the Shakespeare classic, Much Ado About Nothing! Thanks to Misty Thompson for her help with the setups.

(Note: This post currently isn’t displaying properly on mobile devices. You can also check it out on my Facebook page.) 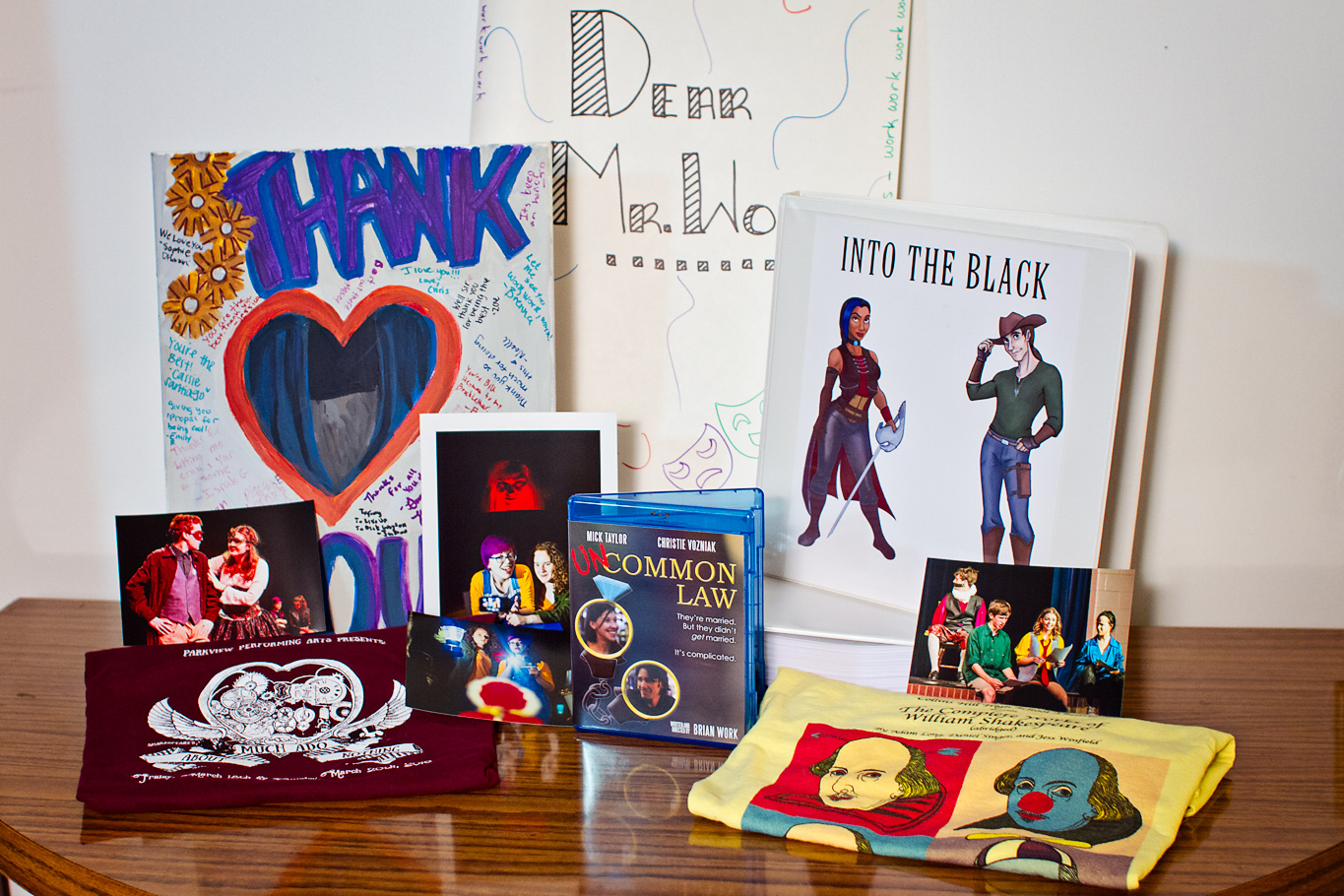 Despite the eternal struggle that was 2016, it was an extremely productive year for me professionally.
– After 5 years, my first feature film, Uncommon Law, is officially complete & available on digital, DVD, & Blu-Ray!
– Completed the first draft of my debut novel, “Into The Black.”
– Directed two plays: “Much Ado About Nothing” at Parkview High School and “The Complete Works of William Shakespeare (abridged)” at Collins Hill High School.
– Taught high school drama for three months at Collins Hill.
– Shot the video portion of a found footage YA horror novel I’m working on.

All in all, a successful year! No time to slow down, because my goals for 2017 include:
– Editing “Into The Black” and querying agents.
– Writing & editing the found footage novel.
– Finishing the three screenplays I’ve got in various stages of completion.
– Resuming work on my urban fantasy novel.
– Making more regular blog posts on here.

Time to get at it!

Much Ado About Nothing 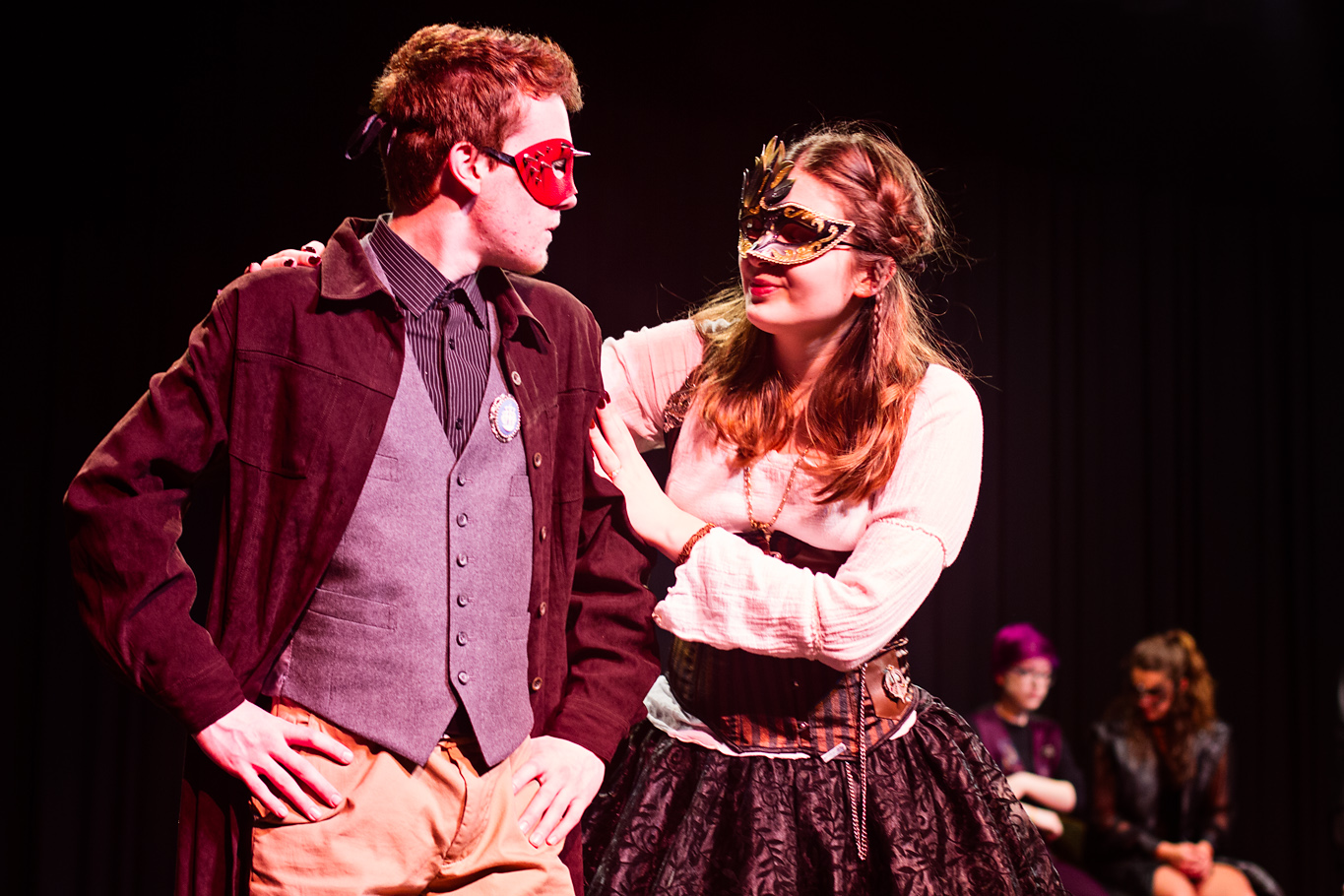 This past March I was given the opportunity to direct a production of William Shakespeare’s Much Ado About Nothing at my old stomping grounds, Parkview High School in Lilburn, GA. I’ve worked with the students there several times before, including a 24 Hour Play Festival I ran for them back in December, however this was my first time directing a full play over there. But when your favorite teacher from high school asks for your help, that’s what you do!

I was only getting half the class for my show, and the class had significantly more girls than guys. I already knew the teacher was going to need a lot of the guys for hers, so I decided to go a non-traditional route with mine. As much as I love Much Ado, it suffers from an unhealthy dose of misogyny, being a product of the time in which it was written. I’m an unabashed feminist, so I decided that the overarching theme of the production would be “screw the patriarchy.” Rather than gender bend characters, I opted instead to maintain the genders of the characters and cast women to play the members of the patriarchy as pants roles. It created a dynamic that wound up working extremely well, changing up the power structure and highlighting the misogyny in the play. It’s so commonplace in media to see men making sexist remarks to women that it’s easy for those occurrences to skate by. When you have women making those same comments to other women, it shines a light on the absurdity of it. In the end, we did the show using only three male actors (for Benedick, Claudio, & Borachio.) As for the style of the play, we went with steampunk because I wanted something that was close to our world but different enough that it created a little separation. Also, I just like steampunk, and the kids jumped at the chance to make their own steampunk costumes.

I made some cuts to the script, both for time and because I needed to get it down to 16 actors. I condensed the non-Dogberry portion of the Watch down to Verges & Seacole, and cut Antonio entirely, giving most of his lines to Balthasar. The only doublecasting was with Ursula/Sexton, and the only full scene to get cut was Act I, Scene II (between Antonio & Don Pedro.) The majority of the other cuts were to remove lines that referenced older myths & legends, and other things that would have been completely lost on today’s audiences and didn’t do anything to further the plot. I also edited a couple of the problematic (read: racist & anti-Semitic) lines. “If I do not love her, I am a Jew” became “if I do not love her, I am a fool,” (borrowed that change from Joss Whedon’s version) and “I’ll hold my mind were she an Ethiope” became “I’ll hold my mind, e’en were she uncomely.” Just in case anyone is interested in using my edit of the script, I’ve made it available to download here. And if you use it, please let me know! I’d love to know how it works out for you.

This was my first time directing Shakespeare, and it turns out I was in good company because most of the kids had never performed it. They were understandably intimidated, so a big part of my goal was to help them feel comfortable with the language. We spent the first three weeks of rehearsal in the classroom analyzing the text and going through it line-by-line so they knew the meaning of every single word they said. It was a given that a lot of the language would be lost on the high school audience, so it was extraordinarily important that the actors knew exactly what they were saying so the meaning would come across through them. We also did a lot of work on physicality, because I’m a big fan of physical humor and wanted to inject a lot of that into the show.

I’m happy to say that the students absolutely nailed it. From watching them, you never would have known it was their first time performing Shakespeare. They were funny as hell, and by the time we got into dress rehearsals I was getting goosebumps every time we got to the dramatic scenes. I don’t think I could have been any prouder of them if I’d tried. I can honestly say that I’d hold this production up against any college Shakespeare performance I’ve ever seen, as well as a good bit of the professional Shakespeare I’ve watched.

I was blessed with a fantastic cast and crew who made my first experience directing high school theatre such an amazing, rewarding, and unforgettable experience. Watching them get it, really get it, made my day every single time it happened, and it happened a lot. And after it was over, having a student come to me and tell me how much my belief in them made a difference in their life… Well, that meant the world to me. That right there is why teachers do this. Sometimes I wonder if students know that the whole time you’re making a difference in their lives, they’re making a difference in yours as well. 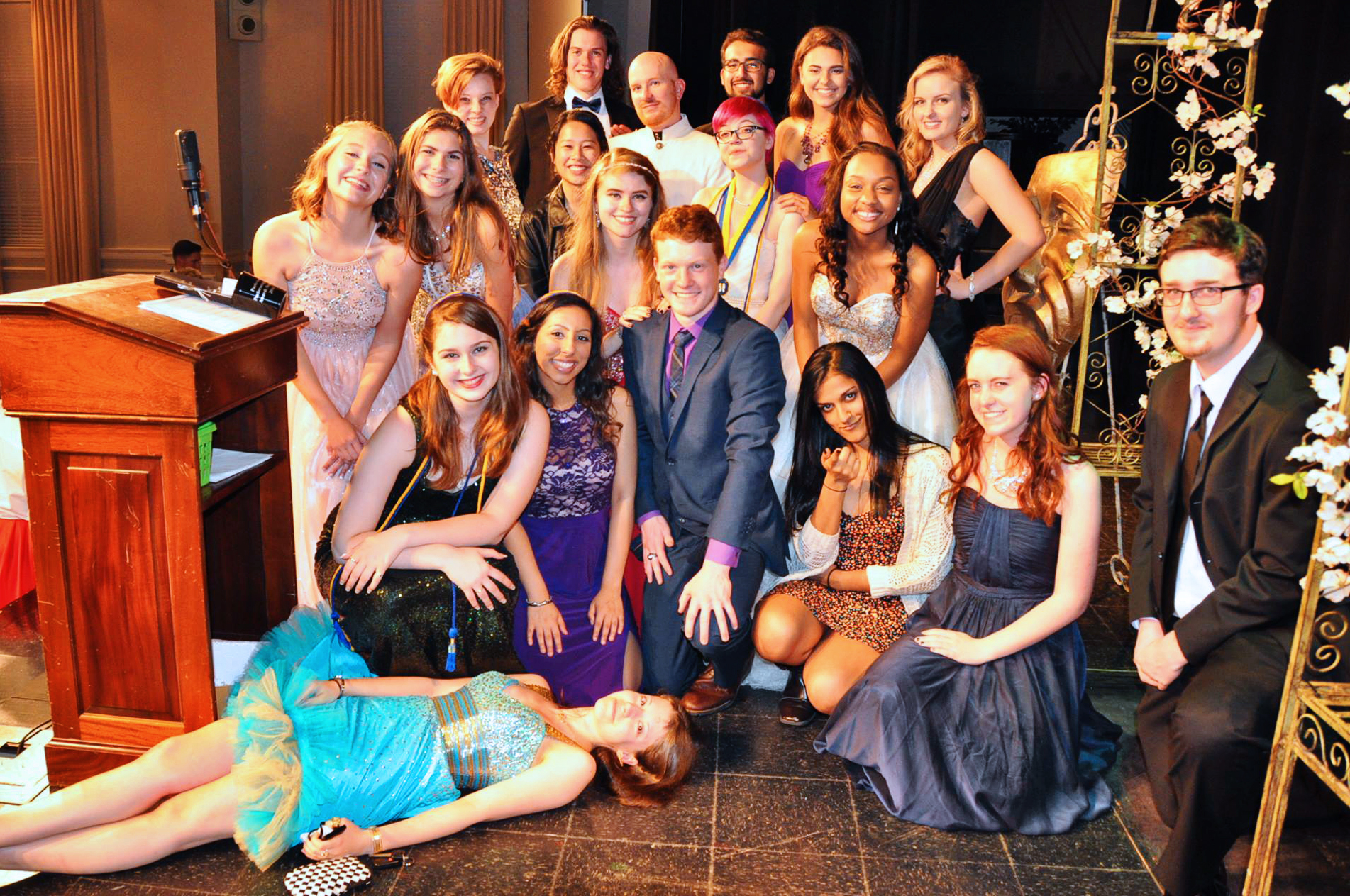 Happy Easter, everyone! On today’s edition of Masterpeeps Theatre, our world renowned players present to you the tale of Romeo & Juliet!