Note: This interview was originally found on the Chicago Nerd Comedy Festival Tumblr. That site no longer exists, so I’ve included a transcript of the interview here: 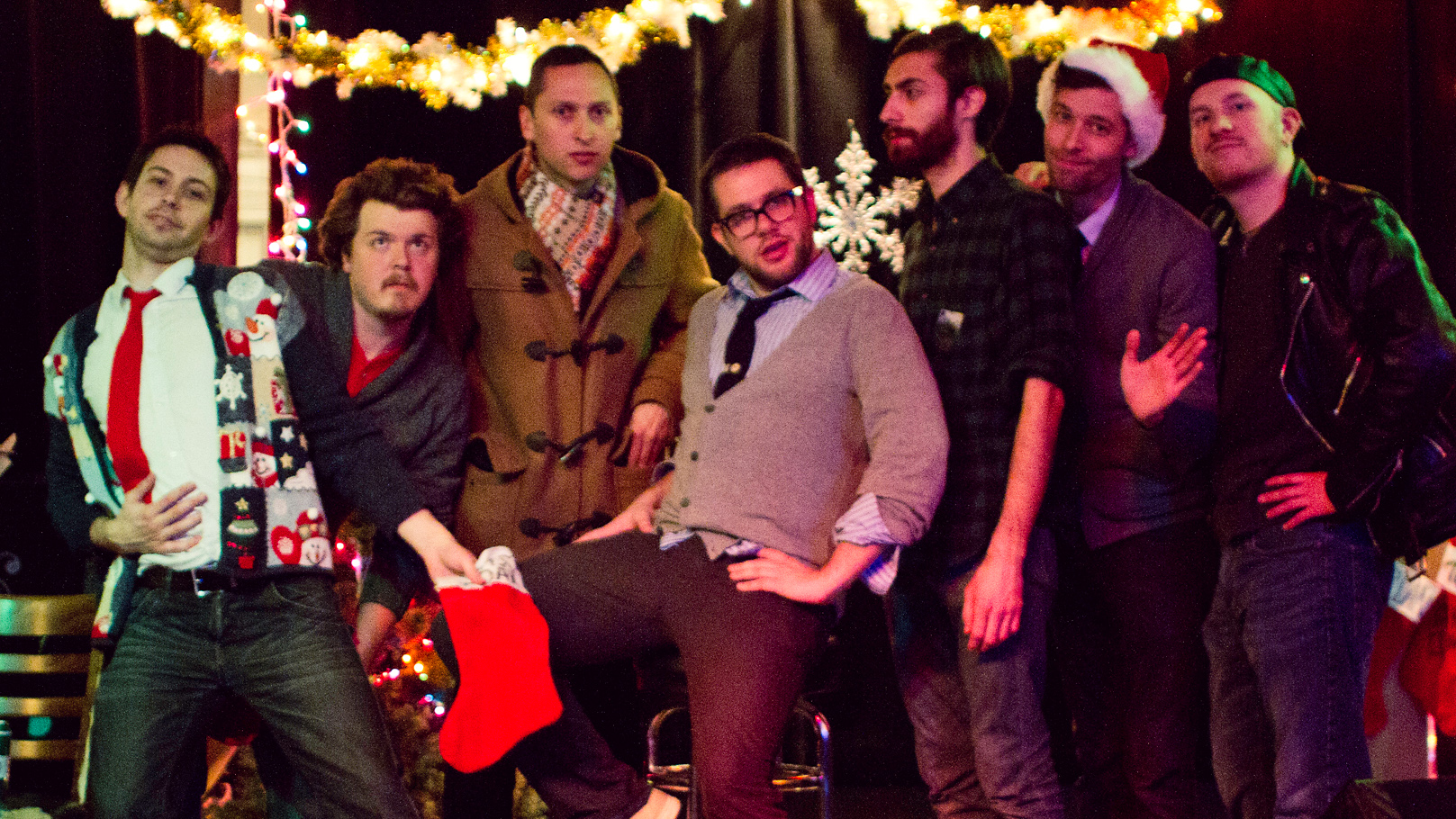 I won Brian Work’s contact information in a backroom game of Sabacc, and cornered him to ask him about what sets these seven white guys apart from the other groupings of white guys doing improv, and what we can look forward to in their set at Nerdfest.

Fin Coe: Hi Brian! Well to start with, can you tell me a bit about yourself, and then a bit about how your group came to be?

Brian Work: Let’s see… Aside from doing improv, I’m also a writer, actor, and filmmaker. I’m currently in post-production on my first feature film, a romantic comedy called Uncommon Law that I wrote, directed, & produced with my production company, Cold Silver Films. I moved to Chicago about a year and a half ago because of the improv scene here. It was at iO that I met the rest of the guys in The High Ceilings, and after a few months we started meeting up to do improv outside of class. After doing that for a few months, we decided that we just really enjoyed working together and formed The High Ceilings. Our shows tend to be high energy and thematic, with a healthy mix of grounded scenework and bizarre characters. For the Nerd Comedy Festival, we’re doing a form called Achievement Unlocked, which is an improvised video game in the style of an RPG. I’m a huge gamer geek and have an almost encyclopedic knowledge of RPGs, so this is something I’ve been wanting to do for a while. My big claim to nerd fame is that way back in the day (late 90s/early 2000s) I ran the largest website on the internet for RPG fanfiction and fan art.

Fin: I recall the glorious days when an independent site could claim that fame, before webcomic/gaming titans like Penny-Arcade, or giant corporate zine sites like kotaku and ign… Can you tell me a little more about what The High Ceilings have gotten up to since you guys formed? What’s your thing, if you can go into a little more detail; what do you all like about working together on this project, specifically?

Brian: Heh, oh yeah. It was fanfiction.net & DeviantArt that dethroned me.

The High Ceilings started performing together last August, mostly doing barprov around Chicago, but eschewing a lot of the normal barprov traits. We start out our shows talking as ourselves, then go into some grounded scenes and ramp it up from there. So, for example, a frank discussion of our debt issues transitions into a scene about a couple struggling with credit cards, which moves into the machinations of the evil Dr. Visa and Master Card. After the Nerd Comedy Fest, we’ll be performing at Upstairs Gallery every Tuesday in June, and then at the
end of June we’ll be heading to New York to perform in the Del Close Marathon. As for this project specifically, we all have our geeky sides. This form allows us the opportunity to fully embrace that. It brings back memories of being a kid and spending hours on end with a good video game, so it’s a lot of fun to pay homage to those games and live in that world. It’s also great to have a form that encourages us to play big bizarre characters, and especially allows us to tell a cohesive story over the course of 45 minutes.

Fin: Can I ask – what’s your all-time favourite RPG? Be it tabletop, videogame, LARP, whatever, what takes the cake for you?

Fin: Alright, okay. Got any advice for nerds looking to make the jump into comedy, or vice versa?

Brian: For nerds looking to make the jump to comedy, take some classes, embrace who you are, & just do it. People can relate to nerds; we all have an awkward underdog inside of us.
As for the vice versa, comedians spend plenty of time in dark, dingy rooms playing make believe, so they’re already most of the way to being nerds!

Fin: Nicely put. Thanks so much for taking the time to answer my questions Brian, I’m looking forward to your set.