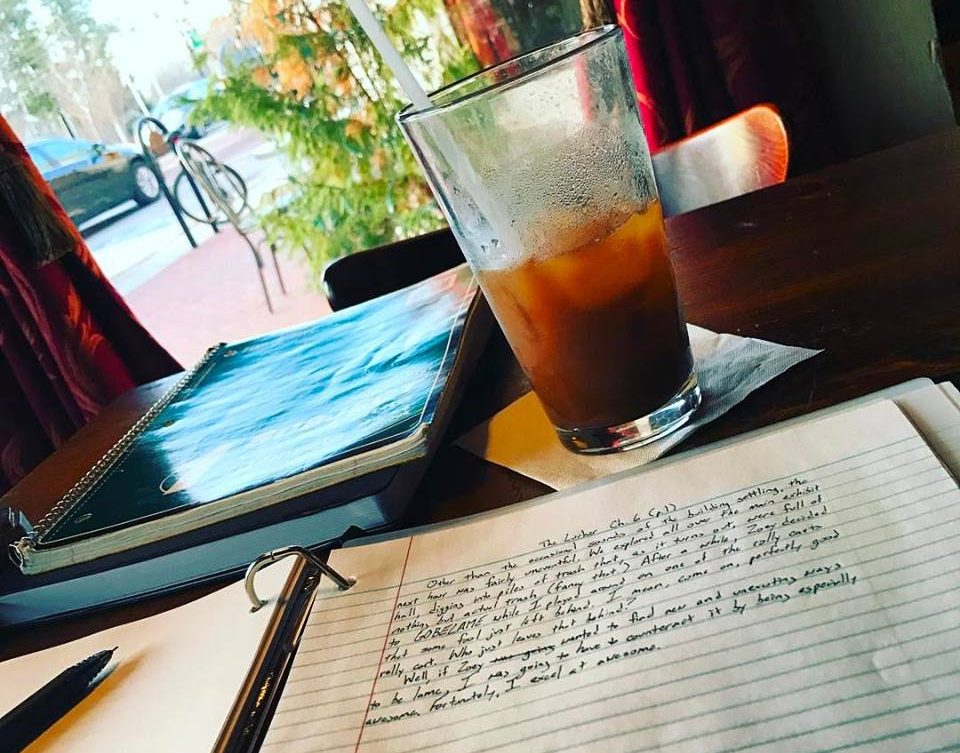 Lately, however, I’ve been finding myself way too easily distracted when at the computer. I fall into the black hole of Facebook & Twitter, & the next thing I know it’s an hour later & I haven’t written anything. Such is the result of having the willpower of a blueberry scone.

When I was creating the outline for Into The Black, I did the whole thing by hand. It was freeing and helped me to just get words down on the page without feeling like they were set in stone. I wrote the first draft in Scrivener, but I definitely spent more time procrastinating & being distracted than actually writing. And a big part of that has to do with the damn computer itself and the stupid internet.

As I looked at the middling progress I’ve made on my found footage horror novel over the last month, I knew I wanted to try something new with it. So rather than writing on the computer, I’m disconnecting and doing the writing by hand. Less distractions means less excuses I can make for myself.

I have stories to tell, and nobody’s going to give a damn about them if they never get written. And that’s on me. That’s something I can control.

I mean, shit, I wrote, directed, & produced a feature film. I can look at the Uncommon Law blu-ray shelved right next to Underworld in my movie collection & see proof that I can make things happen. I’ve got a completed draft of Into The Black as a constant reminder that I can get things done if I stick to them.

So no more excuses. No more avoiding writing due to a fear of failure. Time to kick fear’s ass and send it packing. I don’t have time for that shit. I’ve got work to do.