The Rapture is nigh!

Apparently the Rapture is tomorrow. You know, according to Harold Camping, one single crazy person who has never been wrong (except when he predicted the world would end in 1994.) So why are we giving this whole thing media attention? Because every now and then, validating the nutjobs makes the rest of us feel better about ourselves.

Now, let’s just say the Rapture DOES happen tomorrow, to be followed by the world coming to an end in October. “But Brian,” you ask, “You’ve always been a sane and reasonable person. What makes you think there’s any remote chance of that happening?” Well, I’ve got three great reasons right here!

1.) The CDC posted a blog article last week about how to prepare for a zombie apocalypse. Most people saw that as a funny joke, but I see it for what it really is: A warning. Now, I’m no Bible scholar, but the Bible clearly states that after the Rapture, the living dead shall roam the earth until the prophets Valentine & Redfield arrive to put them in the ground, with the aid of a one-armed man named Ash. You may question the validity of this statement, but since all the Bible scholars will be gone after tomorrow, who’s to say otherwise? 2.) One word: Twilight. Don’t act like you didn’t see this coming. God put up with one movie. He even put up with the first two sequels. But a two part finale? Sorry, folks, but God only has room for one movie series with a two part finale, and that’s Harry Potter. Granted, the final Potter film will be released between the Rapture and the end of the world, but there’s gotta be a private screening room in Heaven, and I’m sure the zombies will recede long enough to see if Harry dies so they can chow down on some wizards. 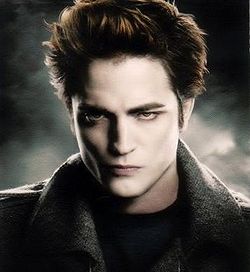 Maybe if the vampires were less shiny & had self-respect, we’d be allowed to live

3.) The Mayans were getting just a bit too cocky about the whole 2012 thing. For years, it’s all anyone’s been able to talk about, and it’s bred its own brand of crazy. For a dead civilization, they sure do have a great press guy. I mean, they got John freakin’ Cusack to be in their movie. Who was the best they could get for the Rapture? The kid from “Growing Pains.” 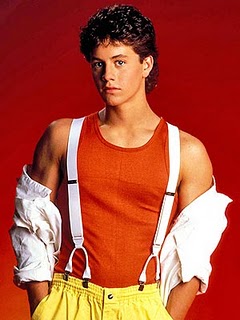 Those suspenders only make you WISH for the end times

Come on. If you’re going to get an 80s star, at least get one who’s still relevant.

So, will the Rapture really be happening tomorrow? Doubtful. However, I will be spending it playing paintball and pregaming on communion wine. I figure that covers most of my bases in case anything goes down. And I really hope it doesn’t. Not because of the whole end of the world thing, but because then the crazies will NEVER let us hear the end of it.